Star Colony has been developed as a supplement to the conversation canvases on digital literacy. The target group is children aged 6-9 years and their parents. Star Colony can serve as an aid for parents and children to discuss the use of digital media.

Welcome to Star Colony! A game about the use of digital media where you follow a week in the life of two 7-year-olds, Luna and Noah. 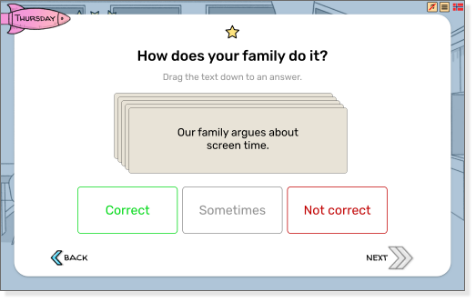 Some things are different in the Star Colony than on Earth and some are the same (e.g. children on other planets also have to go to school). Your task is to follow a week in the life of one of the characters in the game. 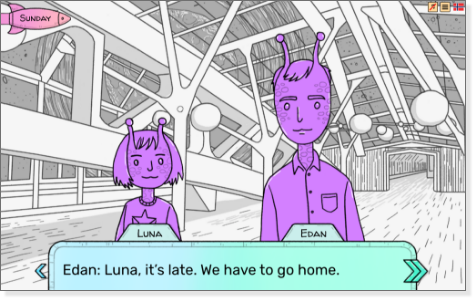 Practical details about the game